Flipper It’s an open-source debugging tool made by Facebook for mobile apps – both for iOS and Android. It existed for quite some time, but it has not been widely used. However, it can change with the release of React Native 0.62, which has Flipper integrated by default.

Flipper is using remote debugging, which lets the app run in the environment as close to production one as possible. It gives you more confidence when debugging apps in comparison to direct debugging.

But the biggest advantage of Flipper which differs it from other debugging tools is plugin library that allows you to install plugins directly from Flipper interface and extend its capabilities. You can also make your plugins and share them! But let’s go from the start.

How to start using Flipper

As I mentioned at the beginning, if your app is using React Native 0.62+, you already have Flipper integration in your app. Just install Flipper, and you are good to go!.

If you are using older versions, there are some additional steps to make Flipper work with your app. Follow these URLs for both iOS and Android.

This is what you will see after starting Flipper (assuming you are running a React Native app on your machine or connected device). 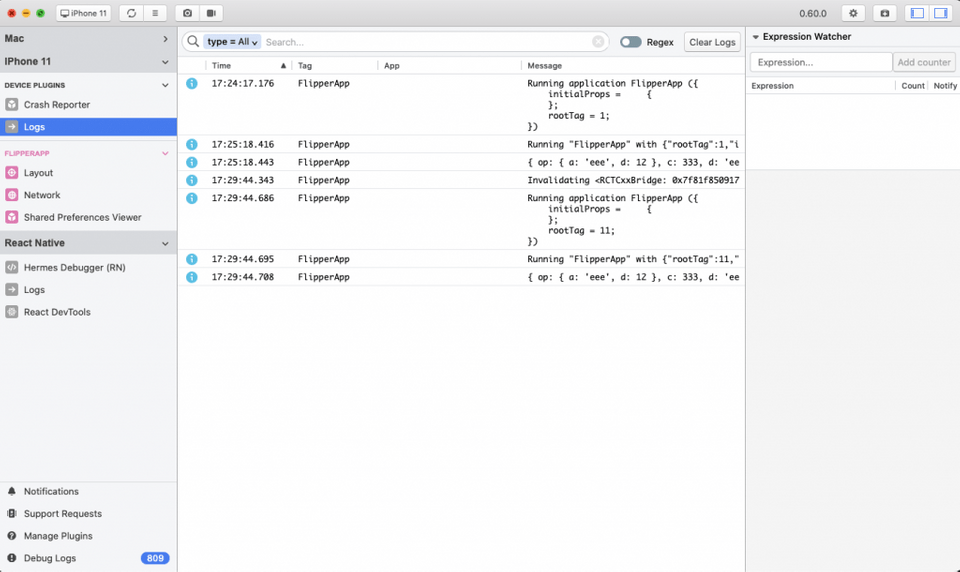